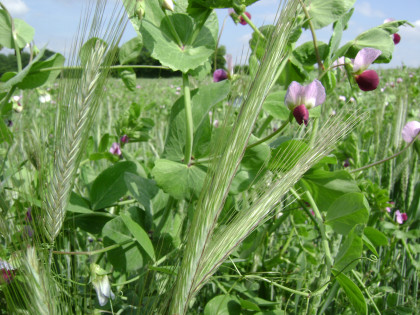 Increasing the level of feed autonomy is usually considered as a prerequisite for conversion of cattle farms to organic farming. In this context, feed autonomy was analysed in eleven organic cattle farms in Wallonia in order to generate technical and economic references for farmers.

European regulations, high feed prices, improvement in the quality of the final product, reduction of the environmental impact of the production system, compel and motivate organic farmers to achieve a high level of feed autonomy. However, this is not technically easy. It requires, in particular, properly managing the feed production capacity and the animal requirements, both in quantitative and qualitative terms, to maximize in fine the gross profit margin.

The present study was based on six dairy and five suckler farms. It enabled (i) initiating a detailed classification of self-produced fodders and concentrates under organic farming conditions, and (ii) characterizing the level of feed autonomy in Walloon organic cattle farms and its relationship with the achieved economic performances and the underlying technical features.

In conclusion, we emphasise the importance of (i) knowing the quality of the on-farm produced fodders and possible concentrates in order to optimise their use, and (ii) adapting the requirements of the herd (size, level of production) to its feed production capacity (quality and yields) in order to achieve a level of feed autonomy of at least 90%.