Improving the nutritional quality of milk while reducing its environmental footprint 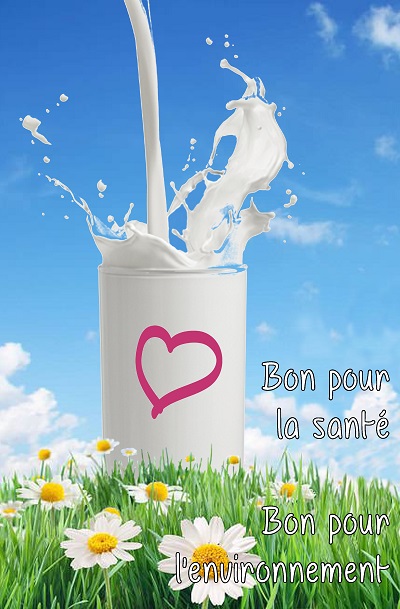 CRA-W and UCL have developed a dietary concept that helps to improve the quality of milk (fatty acids, vitamins and polyphenols) while limiting methane emissions and nitrogen discharges from cows.

All too often, consumers are fed a negative image of dairy farming. Despite its wealth of nutrients, the consumption of cow's milk is regularly called into question from a health point of view, especially with regard to the saturated fatty acid content in milk, which has a negative impact on cholesterol levels in humans, among other things. Furthermore, farming - and cows indirectly - is often accused of being responsible for global warming, mainly through emissions of methane into the atmosphere and nitrogen discharges.

A trial was conducted during the winter of 2017 in order to compare a conventional ration with an optimised ration. The latter was formulated in order to satisfy the animals' protein needs in a very precise manner, considering their level of production. It was optimised in terms of its energy-yielding nutrients (cereals and oilseeds), its fat component (linseeds) and its sustainability (locally-produced raw materials, legume-rich silage).

For a similar level of production, the milk produced with the optimised ration had a much higher nutritional composition. It contained more polyunsaturated fatty acids (+62 %) with a ω6:ω3 ratio close to 1.0 (low cardiovascular risk). Moreover, it contained more vitamin B12 (+47 %). A lack of this vitamin can cause neurological problems in elderly persons. Finally, it was rich in equol, a specific polyphenol with a high antioxidant potential that may prevent hormone-dependent cancers. At the same time, this optimised ration helped to reduce methane emissions from animals by 12 %, and nitrogen discharges by 29 % compared with the conventional ration. In total, the carbon footprint per litre of milk is reduced by 25 % with the optimised ration. Therefore, as far as the dairy industry is concerned, environmental progress isn't hostile to advances associated with good quality products!