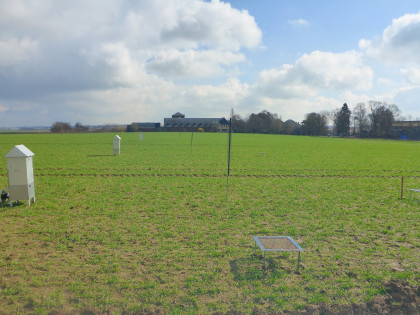 The BIODIEN project is investigating the presence of endocrine disruptors with the aim of creating a risk anticipation management tool.

The World Health Organisation defines endocrine disruptors (EDs) as exogenous substances that alter endocrine system function and consequently have adverse effects on organisms and populations. In other words, EDs mimic, block or modify the action of a hormone, acting at very low concentrations and within a specified range of concentrations, unlike other compounds whose toxicity increases with concentration. They therefore belong to a specific class of toxic substances that are considered to be particularly worrying. Some of them are included on the European list of priority substances in the field of water (Directive 2013/39/EU) and the European vigilance list (Implementing Decision (EU) 2015/495).

The BIODIEN project was initiated under the management of the Public Service of Wallonia (SPW) and associates three Walloon public laboratories (ISSeP, CRA-W and SWDE) within the GISREAUX (Walloon scientific interest reference group for water quality). The objective is firstly to determine the endocrine disruptor content in the water cycle in Wallonia and the Brussels Region. The search for these substances is carried out on a representative sample of groundwater, surface water, run-off, discharge from water treatment plants and bottled water. The search has involved a total of nearly 200 substances, including alkylphenols, phthalates, perfluorinated compounds, chlorophenols, PAHs, PCBs, polybrominated flame retardant compounds and some pesticides.

All information gathered is centralised in a database that enables collective analysis of this problem throughout Wallonia - Brussels. It will also serve as a medium and long-term risk management tool for the conservation of water resources.

Further information about this project: http://www.cra.wallonie.be/fr/biodien