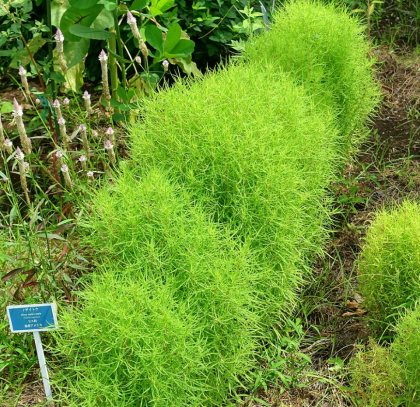 The suspect small package contained seeds of Bassia scoparia, a plant of the Chenopodiaceae family

What we know about Bassia scoparia :

Based on a DNA analysis of the seeds carried out at CRA-W, everything seems to indicate that the unsolicited reproductive plant material belongs to the plant species Bassia scoparia.

This identification was made possible by molecular markers developed at CRA-W.

Bassia scoparia is a Chenopodiaceae (it becomes an Amaranthaceae in the phylogenetic nomenclature) which responds to several vernacular names such as summer cypress, Belvedere cypress, mock-cypress, burning bush, ragweed, Mexican firebrush, Mexican fireweed or kochia. It is a poisonous plant when consumed in excess by animals.

In its area of ​​origin, no quarantine disease is associated with this fairly disease-resistant plant.

Bassia scoparia is not appearing in the last revised list (European regulation 2019/1262) of invasive alien species of concern to the Union, while in Switzerland, it is included in their “Watch list” of invasive neophytes to follow.