Suspicious seeds of unknown origin will be analyzed at CRA-W 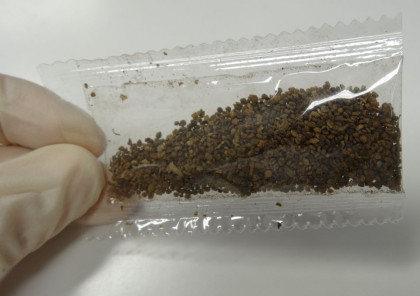 Since this summer, individuals around the world have been receiving unsolicited small packets of seeds from misidentified senders. In the European Union, the Commission reports having been notified of such unsolicited mailings to France, Germany, Ireland and the Netherlands. The nature of the seeds is variable but is a lacking information. As far as can be ascertained, the shipments come from China, Singapore, Taiwan, Malaysia and the Vanuatu Islands.

This shipment practice is problematic because, given the third countries of origin, the sent seeds don’t comply with EU phytosanitary rules. There is a risk that the sent material may carry quarantine pests. In addition, as the plant species of the seeds remain unknown, there is also a risk of introducing alien invasive species.

It is essential that private persons receiving such packages do not open them and especially do not sow the so received seeds.

A first known case of such an unsolicited shipment of seeds just occurred in the Walloon Region. The person who received them contacted the Ministry of Agriculture of the Walloon Region. The latter, among others, turned to CRA-W to determine, in agreement with the Federal Agency for the safety of the food chain, the types of analyzes to be carried out. The molecular biology laboratories of CRA-W will identify through innovative techniques the plant species to which the seeds belong. Once this information known, the Plant Disease Laboratory of CRA-W will check the material for possible quarantine pests.