What about soil fertility in organic farming? 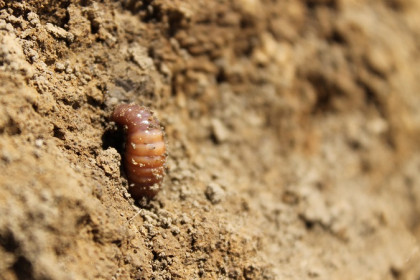 Conversion to organic farming leads to changes in farming practices that can affect the organic material content and biological functioning of soils. The CRA-W has been trying to find out more ...

Over the course of 2014 and 2015, the total organic carbon (TOC) content, the overall biological activity and the nitrogen supply potential were determined for soils in approximately 40 organic farming plots. Analysis of the figures suggests that, in about 60% of cases, the organic material content of organic farming plots is higher than the median values for agricultural regions, and that high levels of TOC are more commonly observed in plots with the longest history of organic farming. Grassland and integrated crop-livestock farming plots tend to have better organic status than field crop plots not practising animal husbandry, which may reflect better access to manure or the positive influence of grassland on the organic status of soils.

Other practices known to enhance the organic status of soils, such as lengthening of rotations, crop diversification or increase in restitution (restitution of straw, intermediate crops) are frequently observed among organic farmers.

Generally, the levels of soil carbon and nitrogen (N) mineralisation increase with TOC content, which highlights the importance of soil organic status in maintaining good biological activity and facilitating the natural supply of nitrogen to the soil. Nevertheless, the study found no difference in N supply potential compared with the soils of the CARBIOSOL regional reference system subject to conventional farming. If we consider the effects of previous crops, an N supply of the order of 18% lower was measured for spring cereals compared with winter cereals. On the other hand, the supply of N is increased by approximately 15% after a cereal-legume mixture and approximately 22% after a pure leguminous crop, compared with a pure winter cereal.

As a further study, it would be interesting to assess the performance of organic farming network plots on the basis of other indicators of abundance and (micro-)biological diversity that may correlate with the efficiency of use of nutritive resources and the resilience of the system to certain crop pathogens.

If you would like further information, the complete study can be found on the CRA-W site.

Share this article
On the same subject
#Organic #Soil sciences